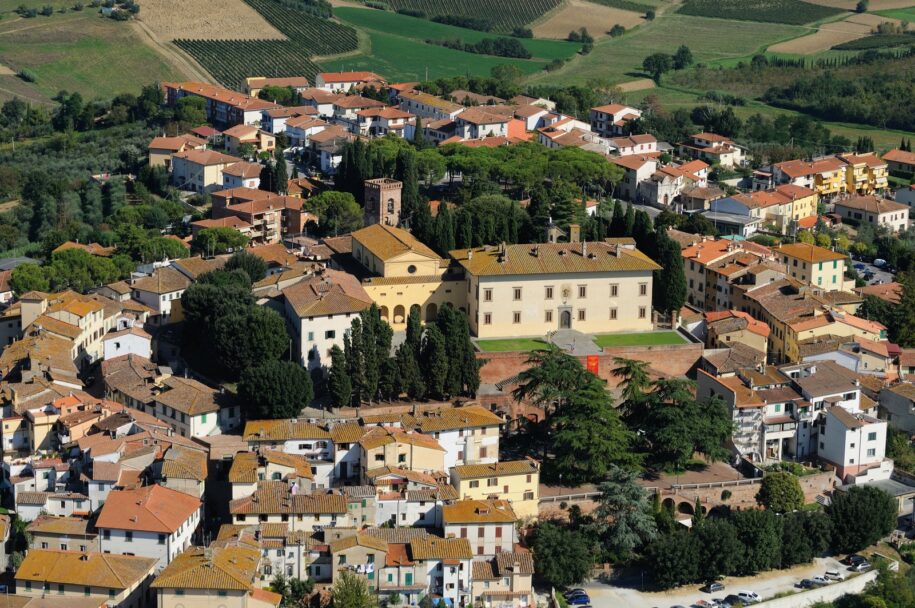 Among the rolling Tuscan hills, a few kilometers from Vinci, is Cerreto Guidi, a small but charming Renaissance village surrounded by vineyards and olive groves. Although the name recalls the presence of the Counts Guidi, ancient feudal lords who erected a castle here as in Vinci to control the territory, the town owes its fame to the noble Medici family, who chose it as a place for recreation and relaxation.

The heart of the town consists of the small historic center, characterized by a structure made of concentric rings and embellished by the ancient Medici Villa, an extraordinary example of Tuscan Medici architecture. It was built around 1555 on a previous castle of the Counts Guidi at the behest of Cosimo I and although the architect in charge of the design is not known with certainty, numerous sources attribute the project to Bernardo Buontalenti, whose hand, according to many scholars, would be evident in the construction of the two flights of stairs.

Next to a large group of portraits there are splendid tapestries from the Medici manufacture. The view from the terrace is wonderful, as is the garden. The villa, declared a World Heritage Site by UNESCO, has been home to the Historical Museum of Hunting and Territory since 2002, dedicated to hunting and shooting weapons, partly from the legacy of the Florentine collector Stefano Bardini. The museum includes a Lorraine period hunting lodge and curious iconographic evidence.

Next to the villa is the Pieve di San Leonardo, a small architectural pearl remembered since the tenth century but whose current appearance is the result of the various modernization interventions that have taken place over time. Inside you can admire precious works of art, including: a remarkable baptismal font in glazed terracotta made by Giovanni della Robbia in 1511; the painting of the Vision of San Bernardo by Giovan Battista Volponi known as “Scalabrino”; the painting depicting San Leonardo attributed to Cristofano Allori; and the canvas attributed to Ghirlandaio of the Madonna Enthroned with Child between Saints Paul and Leonardo.

Also worth a visit: the Oratory of the Holy Trinity, dating back to the Medici period, which houses an altarpiece from 1587 by Domenico Cresti known as the Passignano depicting the Communion of Santa Liberata; the Oratory of San Rocco, dating back to the fourteenth century, which today houses a small historical museum of Porta Fiorentina, one of the four districts of the town; and the Sanctuary of Santa Liberata, built in 1336, which preserves some valuable paintings.

DISCOVER OUR HOTEL IN VINCI!
Comments are closed. 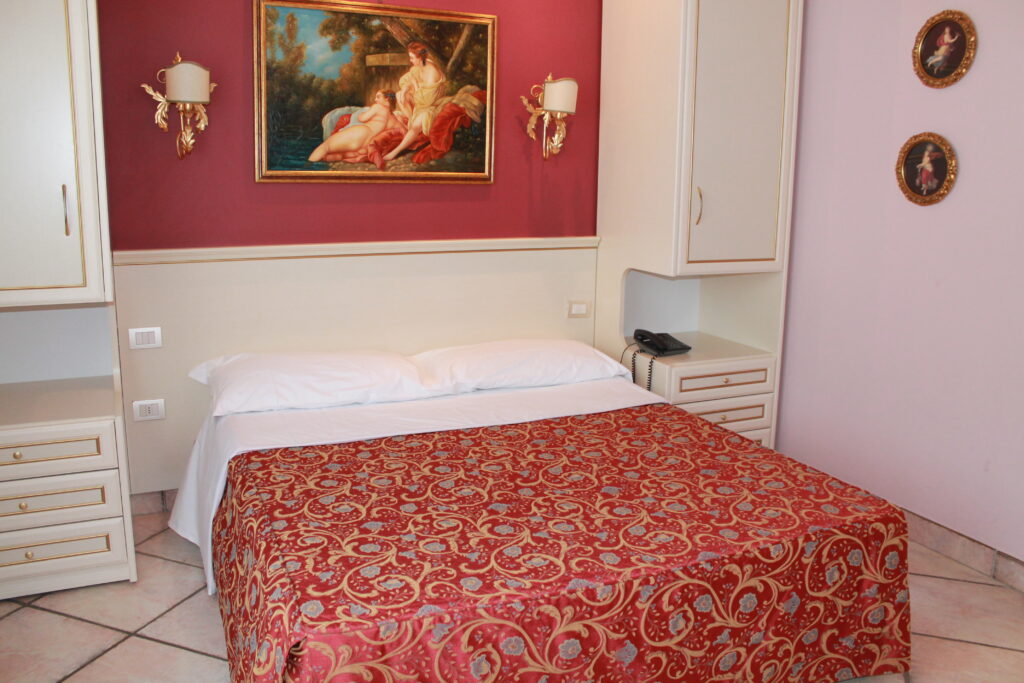